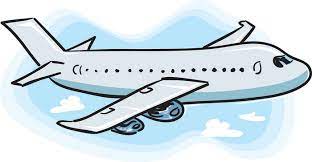 The fully implemented staves are expensive and relatively fragile. The staves are built at Syracuse University, and need to be shipped to CERN. To accomplish this, a system of three boxes is used, a box inside of a box, which is inside a third box.

Before shipping the staves, they are placed in a “strongback” frame. The strongback is an aluminum frame, and it contains numerous screws that engage the stave at several locations, thus providing rigidity to the stave, and allow the stave to be carried without directly touching the stave.

Below is a zoom in of the strongback around the end of the stave. The white posts encapsulate the screws that engage threaded inserts in the side of the stave. There are also two additional screws (with the black caps in the figure) at the end that also engage threaded holes in the stave. Also visible is the cooling connection in the lower right hand corner of the figure, where a blue cap covers the inlet. The white connector at the end of the stave is where the sensor bias voltage connection is made, and just to the left (the black rectangle) is the MEG array connector, which brings signals to/from the peripheral electronics via a flexible pigtail cable. The MEG array has a cover over it to protect the pins.

The innermost box is composed of an aluminum frame with mounting posts to attach the strongbacks. The inner box walls are formed from static-dissipative polycarbonate windows, which minimizes risk of damage due to ESD. Sorbothane hemispherical bumpers (black in photo) are used along the exterior to provide mechanical damping between the innermost box and the middle (T-Kore) box. Shown is Michael Wilkinson, a graduate student, inspecting the inner box.

Below, Andrew Beiter, Joe Shupperd and Michael Wilkinson inspect the mounting of the fully loaded 5-stave transport box. The inner box is now inside the middle box, which is formed from T-Kore panels. The sorbothane bumpers provide impact resistance between the inner and middle boxes. An accelerometer is also placed inside the inner box to measure acceleration of the box during transport. Pressure variations during air transport is expected. To avoid a significant pressure differential on the box walls, two one-way pressure valves are installed to allow air to flow into or out of the inner box if the differential pressure exceeds 0.1 psi. Air flowing into the box first passes through a desiccant chamber so that any outside humidity is removed. The right figure shows the inner box sealed and the sorbothane bumpers placed on the top before the top panel of the middle box is put in place.

The inner and outer boxes are finally sealed in an outer cardboard box, which is treated with a hydrophobic coating. Packing peanuts fill the region between the outer and middle boxes to provide additional damping of vibrations. ShockWatch stickers are placed on the outer box to record any high impacts to the box.

After arrival at CERN, the boxes are carefully inspected for damage,  with photos taken. Afterward, the box is opened and each module on each stave undergoes a thorough visual inspection.