The Standard Model is a theory developed over 30 years ago in an attempt to explain the interactions between the elementary particles that make up all matter. The Standard Model theory is a valuable tool because the entire universe is composed of matter and ultimately governed by the forces acting on matter. The Standard Model has predicted that existence of numerous subatomic particles, many of which were later confirmed experimentally.
However, there are many challenges to the Standard Model. The LHC is designed in an attempt to produce results that may lead to scientific proof to either support or deny certain questioned components of the Standard Model. Certain cosmological ideas pertaining to the conditions during the Big Bang and in the composition of space are planned to be investigated at the LHC. The matter-antimatter imbalance described above will be investigated. Additionally, the Standard Model describes what is known as the Higgs mechanism, which is the idea that all of space is filled with a Higgs Field and that by interacting with this field, particles acquire their masses; those that interact strongly are heavy, and those that interact weakly are light. The Standard Model predicts that the Higgs field has at least one new particle, the Higgs boson. If the Higgs boson exists then the LHC experiments will be able to detect it. 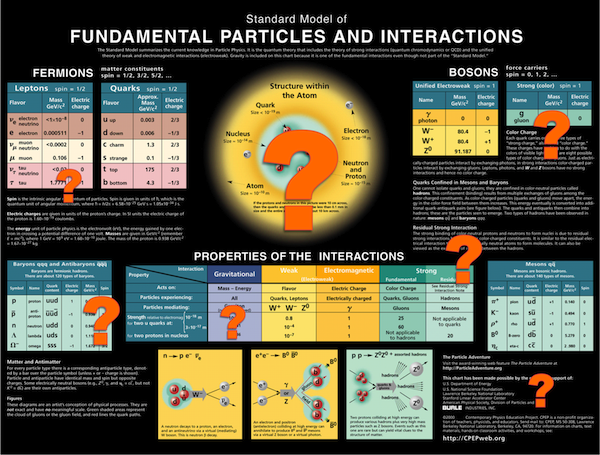 By continuously developing theories, testing their application in real world situations and by continuing the quest to expand scientific knowledge, modern physicists are ever increasing our current understanding of the universe. Scientists also produce tools to help them with their understanding of the universe and therefore, also continue to develop technological advances such as the LHC.