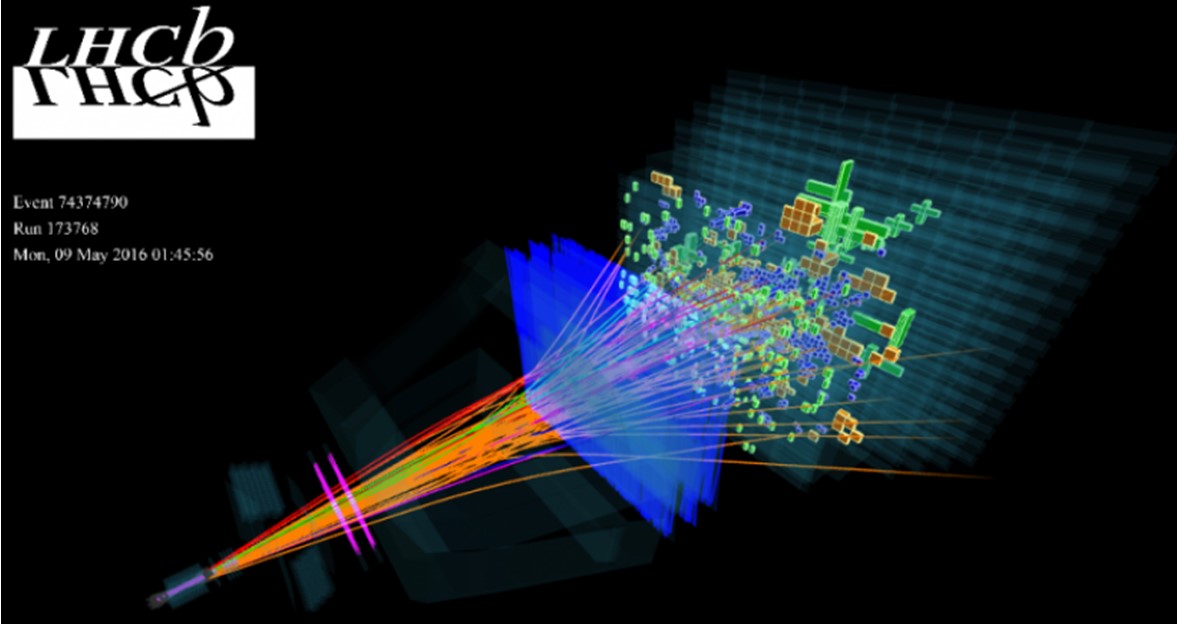 Our group works in Experimental Elementary Particle Physics. The main aims are to understand the fundamental structure of matter and elementary forces. We are members of the LHCb experiment that uses the Large Hadron Collider at CERN in Geneva, Switzerland.

We study particles containing either the b quark or the c quark. These are two of the six quarks that exist in nature. They are special because they live for long times, at least in elementary particle terms, for 1 picosecond. During their lifetime they can move from the point at which they were created to the point at which they decay by several millimeters and thus can be observed. The properties of their decays are influenced by other particles that can be very heavy, up to a hundred times that of the b or c particles. Studies of these decay properites then can give us information on the existence and properties of these massive states.

Some b or c particles can decay in ways that violate a fundamental symmetry of nature called CP, where C stands for charge conjugation or the replacement of a particle by its anti-particle, and P stands for parity an idea that natural phenomena should be able to be described equally well by a right-handed or left handed coordinate system. CP symmetry has been long known (since 1964) to be violated in the decays of neutral K mesons. Its obervation in other particles is expected to reveal the inner most structure of weak decays and could possible be a clue as to why we live in a matter dominated world. We are currently working on the LHCb experiment at CERN, and previously on the CLEO experiment. The basic aim of our program is to find “new physics” or elucidate new physics found elsewhere using the weak decays of charm and b quarks. Our group is also well known for constructing experimental equipment. We built the CLEO III RICH detector and currently are constructing the Upstream Tracker for the LHCb upgrade.

Our group was one of the founding institutions of the CLEO experiment which is located on the campus of Cornell University about 60 miles south of here. The CESR accelerator collides positrons (e+) with electrons (e-) at the center of the CLEO III detector. CLEO was a pioneering experiment for looking at the decays of b quarks.