Greetings and salutations everybody! I’m gratified and honoured to be the first LHCb US LHC blogger. As well being new to US LHC, I’m also new to the LHCb collaboration, so we can all learn about LHCb and B physics together.

Today I thought I would start by introducing the LHCb detector. Here is a schematic: 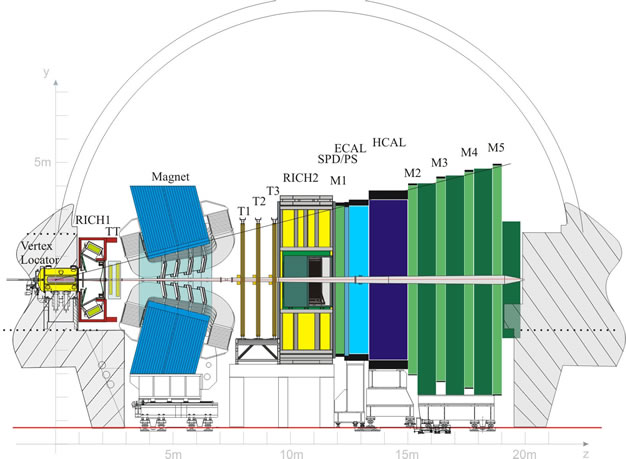 If you are familiar with the two largest LHC experiments, ATLAS or CMS, this may look a little different to you. LHCb is not a general purpose detector, with the aim of detecting as many different types of physics events as possible; it is especially designed to measure the decays of (B) mesons (more about why we care specifically about (B) mesons in a future post).

The decay products of (B) mesons are identified and measured by different detector components: 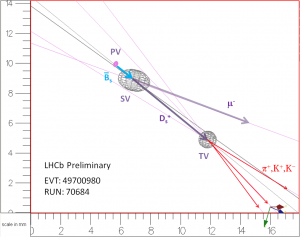 Along with these detector components, there is a dipole magnet to help measure particle momenta. Particles normally travel in straight lines, but in a magnetic field the paths of charged particles curve, with positive and negative particles moving in opposite directions. By examining the curvature of the path, it is possible to calculate the momentum of a particle.

There you have it, a brief overview of the LHCb detector and its components. This is what it looks like in reality: 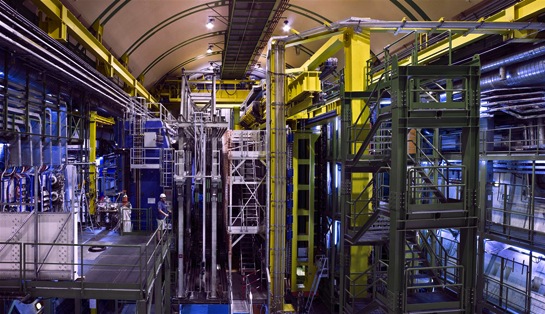 Note that I’ve flipped the photo horizontally so it is easier to match the detector components in the schematic to their real counterparts.